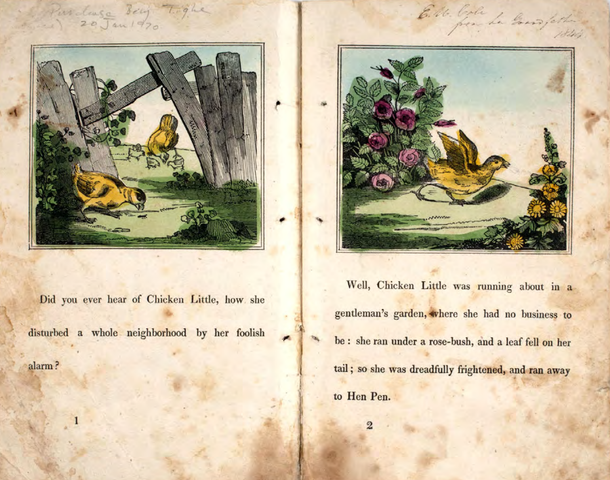 Yesterday, I had to return a book to the library. Unfortunately, it was just one.

You see, I had both boys in the car, and I had already told Charlie that he could be the one to put the book in the slot as we drove up to the book deposit.

William wailed. His face got red and tears streamed down. “This is the worst day ever!”

I think that the next book we borrow will have the story of Chicken Little.

It’s a story that I think a lot of people need to re-read. When William is old enough for social media, I will not let him take part until he can control his sky-is-falling attitude and remember what matters in any situation. Right now, he’s an irrational seven-year-old. It’s my job to teach him how to be rational.

“This is the worst day ever!”

Yep, because the sky is falling and I’ll NEVER have another chance to put a library book in the slot.